18 Things Women Do Better Than Men

Since the beginning of time, women have been subject of discrimination, and the problem still exists, even in a country like the United States. For instance, Women compose only 20% of the U.S Senate, while we are 51% of the population.

Things are not different at the workforce. A woman working full time earns about 81.6 cents for every dollar a man working the same time earns on average. Yet, there are plenty of things we do better than men.

The purpose of the article is not to start a gender war, but to bring awareness. There are many things women do better than men. Science has validated many of these advantages that we have over men.

In this article, you will discover 18 things women do much better than men, and simple tips you can use to take advantage of them.

This statement has been confirmed and confirmed again by many studies, and it turns out to be unrefusable even in daily life. In fact, women have more brain activity in both hemispheres of the brain while men have more dense activity between the front and back of the brain, which allows a woman to focus on several things at the same time.

Girls are better than boys at school in most countries of the world. It does not matter if there is more or less equality between the sexes. This is the conclusion of a great analysis by a Dutch psychologist who teaches at the University of Glasgow. Additionally, two studies at the University of Georgia and Columbia University found that women learn better than men because they tend to be more attentive, flexible and organized.

Many physiological and social aspects of women are associated with pain: Periods, childbirth, waxing, cultural Violence against women, including Female genital mutilation (FGM), in many parts of the world. We still manage to survive and fight for our rights.

Thanks to hormones, menopause, better nutrition and many factors, women generally live between 5 and 10 years longer than men. Did you know that 85% of people over 100 are women? It is not a coincidence!

Women seem to think of not forgetting anything when they go on a trip, unlike their men who find it difficult to take inventory… Of course, we cannot generalize on this point.

“Women made more trips than men. They make shorter commute trips, and more nonwork trips. Women are more likely to trip chain on the way to and from work, especially when they have younger children.” A new study from the University of Western Ontario has found that women cope better with the stress of a job interview. Researchers have found that while women are more panicked before going to an interview, they do better during the in-person interview. Why? We do better preparation.

A study by the University of Minnesota showed that girls eat better than men, even if they never say no to chocolate.  Women and girls consume greater amounts of fruits and vegetables than men and boys. There is no simple answer to the question “why do women eat more fruits and vegetables?”  It can be due to social pressure women have to look attractive or social structure linked to the traditional role of men and women in society may be one explanation.

But now “scientists believe that their brains can develop up to ten years earlier”. Most women would seem to be years ahead in terms of maturity.

Women think as rationally as men. Of course, our hormones sometimes make us cry or more irritable, but they also allow us to stay calm in the face of adversity. Young women are therefore less sensitive to stress than men.

To explain this difference, psychologists hypothesize that estrogens modulate the stress response. The fact that women communicate their concerns more also allows them to better manage their emotions.

Female solidarity is not an urban legend. When things go wrong, women are always there to stick together. We don’t say men don’t, but sometimes all it takes is a naughty text message to them and they’re gone!

Women are always blamed for talking too much. Well, that’s not wrong sometimes. Studies indicate that women speak up to three times more than men in a day. And it’s not just chatter! They share their rational and emotional thoughts more, in a more open and articulate way. They have more neurons dedicated to speech.

A study by Dr. Luan Brizendine, determined that a female brain can process and analyze many more words, feelings and emotions than the male brain.

Men would be endowed with a hunter’s vision; that is, they have the ability to see in front of them, while women would have a global vision, called peripheral, which would allow females to see around them, and capture the smallest details. This is a legacy of the maternal instinct that enable females to protect their children against potential danger.

A woman’s hearing is said to be programmed to hear a baby’s crying better, while a man will not hear the same frequencies. On the other hand, the latter would more easily spot the place where the noise is coming from.

Men or women, we do not undress the same way. Men would rather tend to extend their arms downwards while the women would cross theirs in front, a faster method of undressing.

Women are more careful, more attentive and more reserved when it comes to finances. Indeed, there have not been as many cases of major financial losses and bankruptcies among women as among men.

A Spanish study also reveals that investments made by women are 7% more profitable. This is because women take less risk, are more receptive to expert advice, and learn more from past mistakes.

Ask a man and a woman what they have been up to in the past few days, and the woman will normally remember her diary better. A study of gender-differentiated memory found that females have better episodic memory and better remember events with more detail and accuracy than their males.

Women’s memory would focus more on social relationships and interactions, explaining a difference in experiences and associated emotions. These results explain the idea that women and men see the world differently.

Obviously, women manage their time and organize their routines and tasks much more efficiently than men do. Most men would be unable to combine work and family life. Even when a woman is completely messy, there is still some order in her mess.

According to experts, we have better problem-solving skills than men, and we are more motivated to work as a 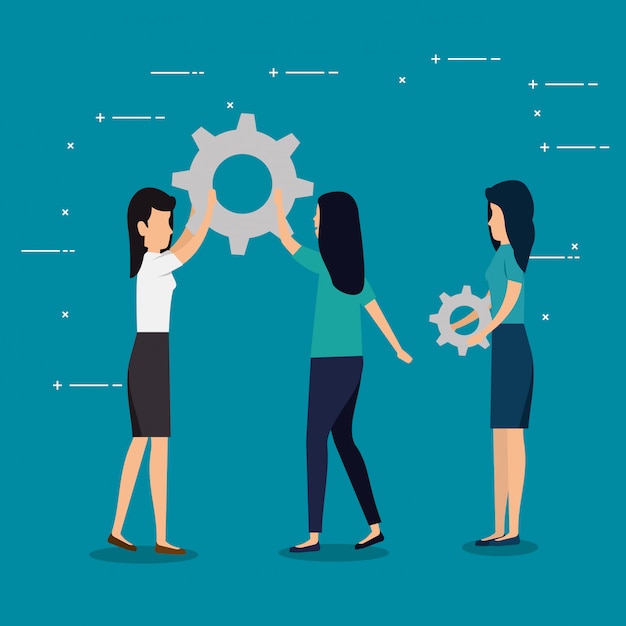 team. A study in Australia of 1,800 top executives nationwide found that women have more strategic initiative, have more social skills and ability to innovate, and are as emotionally stable as men.

While the latter have better ability to manage control operations and financial results, the number of areas in which women overtake them is more numerous.

Thank you for reading the article to the end. If you know anything women do better not mentioned here, please comment and share it below.

15 Beauty Products to Avoid And Their Alternatives Previous post