Criminals In The US Laundered Over 200 Million Euros in France

Over 200 Million Euros from the United States Laundered in Auvergne 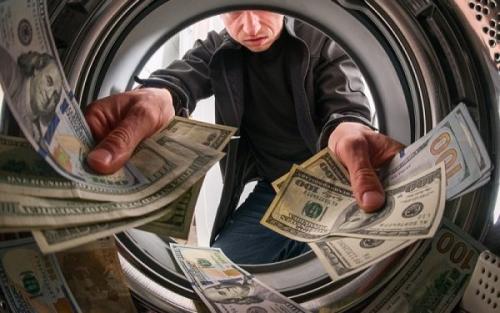 For years, tens of millions of Euros have transited via several companies based in Auvergne, France.  According to the preliminary investigation by the National Financial Prosecutor’s Office (NFP), a complex money-laundering system from the United States, transiting through six countries of the European Union, and several offshore financial centers, particularly in Asia and Africa.

The crime involves huge amounts from the United States, more than 200 million Euros. The first signs of the criminal activity were suspected in 2013 when several banks in Clermont-Ferrand, in Auvergne, noticed the unusual lifestyle of one of their clients, a forty-year-old man, married and father of family. The authorities suspected unusual activities on his account, including large sums of money coming from the United States, and quickly transferred to other beneficiaries. Banks report their suspicion to Tracfin (Traitement du renseignement et action contre les circuits financiers clandestins), a service of the French Ministry of Finances which fight against money laundering.

The file is entrusted to the public prosecutor’s office of Clermont-Ferrand, then to the national financial prosecutor’s office. The investigation, carried out by the Clermont-Ferrand judicial police and the Central Office for Combating Corruption and Financial Offenses (French: L’Office central de lutte contre la corruption et les infractions financières et fiscales – OCLCIFF), reveals that the forty-year-old suspects receives the money from companies dedicated to money laundering. The last transactions come from the accounts of American individuals, who bet on illegal online Casinos and betting platforms.

The money then flowed through Denmark, Germany, Spain, Latvia, Lithuania and Estonia, before joining offshore places in Hong Kong, Singapore, the Seychelles and New Zealand. Thanks to the cooperation of the authorities and police of these countries, the investigators were able to reconstruct the scale of the crimes, valued at more than 230 million Euros of illicitly laundered money and 3 million Euros evaded from income tax.

With the support of Europol (the European Union’s law enforcement agency) and Eurojust (an agency of the European Union dealing with judicial co-operation in criminal matters), the investigators conducted a dozen searches in several European countries as part of an operation called “play and win”.

The multi-continental investigation allowed the authorities to seize four luxury cars and seven real estate properties belonging to the French suspect. The latter had several dozen bank cards. In the basement of his residence in Auvergne, a luxurious indoor pool was also found. In addition, the police discovered an immense luxury wine cellar filled with bottles of fine wines. In total, the amount of assets seized from the property of the suspect is amounts to 3.5 million Euros, about 3,909675.00 US Dollar. The investigation is ongoing to recover the money thus diverted and arrest other suspects in the crime. The main suspect, not yet under investigation, faces up to 10 years in prison for tax evasion and laundering of organized tax fraud.

5 Apps to Manage Your Business Tasks Easily and Quickly