Trump’s Getting the Last Laugh after Rosie Embarrassing Misspelling Mistakes

We’ve all seen Rosie O’Donnell loses it over President Donald Trump, but now, the hefty comedian has gone too far. Rosie was whacked out on some substance when she started sending messages to Trump.

Finally, it got so bad that people started to wonder what she is on. Now, Trump is getting the last laugh on Rosie, who is shocking Americans as she tries to tell off the president. You don’t want to miss this.

Rosie looks haggard, and that’s putting it nicely. She looks like she has gone through hell, but it’s the hell she has been putting herself through as she believes all the mainstream media lies about President Donald Trump. After months of the liberal media rats lying, promising that the country is on the verge of ousting Trump, Rosie couldn’t take it anymore.

Thinking she was exposing Trump’s misspellings — yes, it has come to that with Rosie — she actually made worse mistakes than Trump. Forgetting it is Twitter, where everyone misspells and everyone is cramming a statement into 140 characters, Rosie lost it. But, what makes Rosie’s gaff so embarrassing is that she “pinned” her huge mistake to the top of her Twitter account, thinking she is making Trump look stupid when she is only making herself look like a huge buffoon. Rosie’s recent postings on her Twitter feed read like a woman really intoxicated or, at the very least, under the influence of some substance.

“too bad u can’t spell – u stupid shit heal – the world mocks u n ur pathetic attempts too act presidential – too bad u will be arrested soon.”

So you see it right away, “sh*t heal.” I don’t think sh*t heals anything, and as Twitchy points out, “Rosie, if you can’t spell the curse word maybe don’t use it? We looked the term ‘sh*theel’ up, and it’s actually one word and spelled with HEEL and not HEAL. Really, think about it – the word heal after sh*t makes ZERO sense … but tell us more about how Trump is stupid.” But, it gets even worse.

Rosie is a Twitter addict, and she has been in an anger mode 24/7 since Trump got elected. She shocked her Twitter following when she posted a pic of herself. If you thought Rosie had let herself go a long time ago, you’re in for a traumatic experience. Rosie has let her Trump Derangement Syndrome get so out of control, and she doesn’t seem to realize that she looks like hell warmed over.

That’s really her, no costume makeup, nothing done to make her look worse for wear. But, is it any wonder she looks so rough when you consider that she is basing her crazy obsession to remove Trump from office on what Rachel Maddow says: “Breaking 10 hrs of Russian Dossier Fusion GPS testimony can be released by Senate Judiciary Committee who favor release reports @maddow,” tweeted Rosie. Poor Rosie, the Senate Judiciary Committee released their findings on the “Russian Dossier,” and I guess Maddow didn’t report the truth.

As Politico just reported, “Committee spokesman Taylor Foy said Simpson [Fusion GPS co-founder] and Fusion GPS have provided about 41,000 pages of documents — but added that they are of little value. ‘Virtually all documents appear to be merely news clippings rather than substantive communications,’ Foy said. ‘Roughly a fifth of those documents are blank pages.’”

Oh, no, that’s not good for Rosie and Rachel Maddow. They were sure that Fusion GPS was going to end Trump, but instead, they are a bunch of charlatans who punked the liberals into thinking they had the Trump-Russia connection. Rosie is betting on the lying media, and it’s wrecking her life. You’d think she would be bright enough to stop the insanity and search for legitimate sources for her information.

Sadly, she hates a man who does not exist. She loathes a man who is a fantasy the leftist media conjured up with lies and propaganda. The Donald Trump who Rosie rails against is a lie, and she needs to get help before it’s too late. She’s not alone. In fact, you can expect to see a slew of nervous breakdowns on the left as their pain is just beginning as the liberal media’s narrative against President Trump continues to fall apart.

4 Countries Refuse to Take Back Their Deportees, Trump Fights Back Next post 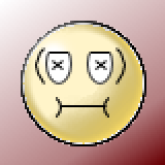